Excerpt from PSYCHOANALYTIC AESTHETICS: THE BRITISH SCHOOL - by Nicola Glover

"... In his essentially neuro-physiological account of the mind, Freud did not find a place for the inner world and this prevented him from coming very close to the nature of mental health, for his Darwinian model of the mind could only address itself to mental illness and the causal factors implicated in this. Freud also had difficulty, because of his basic mechanistic model, in thinking of emotionality as being central to mental life, and had no language which could effectively describe the nuances of affective experience. As with symbols, Freud could only think of emotionality in a Darwinian way as a relic of primitive forms of communication and therefore tended to confuse the experience of emotion with the its communication, thus treating it as an indicator of mental functioning rather than as a function itself - akin to a noisy 'ghost-in-the-machine'.

As we saw in section three, Klein's work gave an entirely new significance to the concept of phantasy, namely that unconscious phantasies were transactions actually taking place in the internal world - a communication not only between inner and outer, but a negotiation between inner objects, too. This also gave a new meaning to dreams which could not be viewed merely as a process for allaying tension in order to preserve sleep (Freud, 1900). In Klein's view, dreams could be regarded as pictures of dream life that was going on all the time, awake or asleep, effectively cutting through the primary/secondary process distinction and revising the relationship between conscious and unconscious modes of functioning. In many ways, unconscious phantasy can be regarded as 'dreaming whilst awake'.

In effect, this transforms psychoanalysis from its status as a Baconian science which aims at explanations leading to absolute truths and laws, into a Platonic account which is essentially a descriptive approach, attempting to observe and describe phenomena that were infinite in their possibilities because they were essentially imaginative and not just neuro-chemical elements of 'mental energy' within the brain.

Klein also elevated Freudian psychoanalysis into a Manichean account of the mind where there is an ongoing battle between the psychic forces of love and hate, life and death, fragmentation and integration - the vicissitudes of the struggle in the inner world between the 'good breast' and the 'bad breast' - all of which structure the of the developing ego and have profound consequences for adult life. This transformed psychoanalysis into a model which could approach the social and organizational relationships not just intrapsychically (literally the "gang in the mind") but also in terms of the external world. Indeed, it was Bion (1961, 1970) who was to extend this aspect of Klein's thinking most fully. More recently, Alford (1990) has attempted to link Kleinian insights with the critical social theory of the Frankfurt School."

What to read in Neuro-Sci-Psych:

One of the world’s leading neuroscientists teams up with an accomplished writer to debunk the popular left-brain/right-brain theory and offer an exciting new way of thinking about our minds. The second edition, with expanded practical applications, highlights how readers can harness the theory to succeed in their own lives. For the past fifty years, popular culture has led us to believe in the left-brain vs. right-brain theory of personality types. Right-brain people, we’ve been told, are artistic, intuitive, and thoughtful, while left-brain people tend to be more analytical, logical, and objective. It would be an illuminating theory if it did not have one major drawback: It is simply not supported by science. Dr. Stephen M. Kosslyn, who Steven Pinker calls “one of the world’s great cognitive neuroscientists,” explains with cowriter G. Wayne Miller an exciting new theory of the brain. Presenting extensive research in an inviting and accessible way, Kosslyn and Miller describe how the human brain uses patterns of thought that can be identified and understood through four modes of thinking: Mover, Perceiver, Stimulator, and Adaptor. These ways of thinking and behaving shape your personality, and with the scientifically developed test provided in the book, you’ll quickly be able to determine which mode best defines your own usual style. Once you’ve identified your usual mode of thought, the practical applications are limitless, from how you work with others when you conduct business, to your personal relationships, to your voyage of self-discovery. 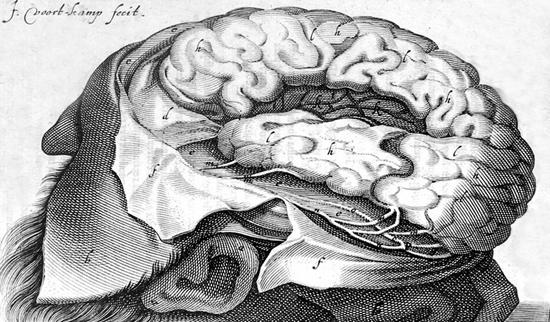 The seventeenth-century Dutch scientist Franciscus Sylvius is credited with first identifying the divide between the top and bottom parts of the brain that now bears his name. Its significance went unrecognized for centuries. J. Voort Kamp in Institutiones Anatomicae, by Caspar Bartholin. Do we underestimate chimpanzees? Do we overestimate ourselves? See this video for yourself. The 179th meeting of the AAAS was held in 14-18 Feb 2013 in Boston, USA. This video clip was open to the public in the symposium of "Breakthroughs in our understanding of primate cognition and pyshopathology". The speaker is Tetsruo Matsuzawa, PRI, Kyoto University. For further information, please visit http://www.pri.kyoto-u.ac.jp/ai/

Do we underestimate animals/ birds? Do parrots have intelligence of a young child? See this video about Alex the Parrot for yourself.

Visit ORI's YouTube Channel, ObjectRelations2009, to view the highlights of our Annual Conferences:

2013 Conference - on Countertransference, Regret, Aggression, and Their Vicissitudes

2011 Annual 20th Anniversary Conference on Dialectics of Mortality and Immortality: Time as a Persecutory vs. a Holding Object

Intro to the Object Relations Thinking and Clinical Technique - with Dr. Kavaler-Adler (part 1).